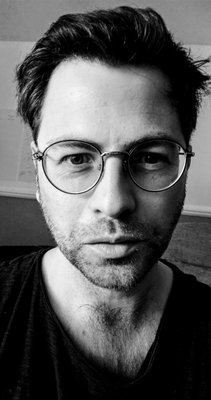 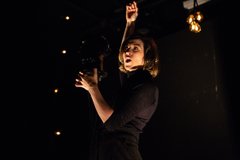 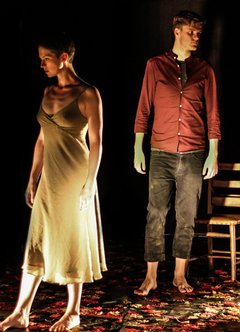 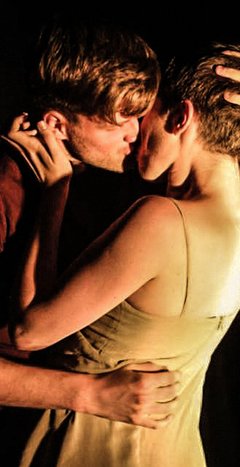 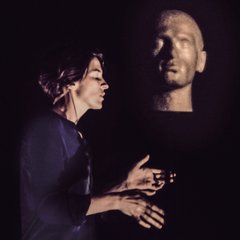 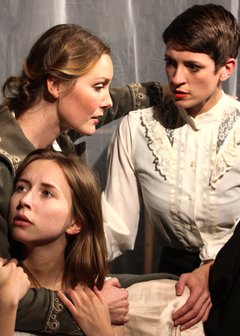 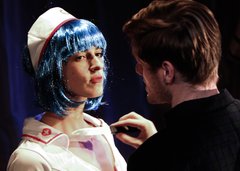 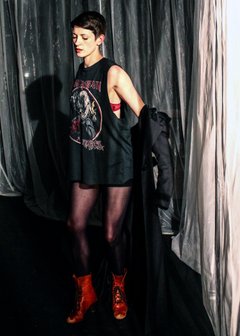 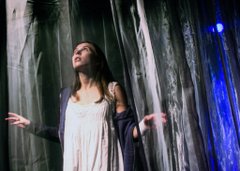 Ross is co founder of Living Record Productions and has so far, for better or for worse, directed all of the companies projects.

Ross completed a Masters of Drama degree in Theatre Directing in 2008, where his final production of Sarah Kane's 4.48 Psychosis went on to win an award at the NSDF. He continued his professional director training at East 15 Acting School, The National Theatre Studio and Moscow Arts Theatre

Notable directing credits outside of Living Record include an Immersive Production in Central Milan, Roseline, National Touring productions of War Of The Worlds & Gulliver Travels By Mark Hayward ( The Pantaloons ), Much Ado About Nothing ( The Pantaloons ) and The Importance of Ernest at the Grand Hotel, Brighton ( Herald Angel Award Winner)

As an associate director Ross has worked with Russell Bolam for Jagged Fence's productions of The Seagull and Three Sisters and Phil Rildleys World Premiere, Shivered both at The Southwark Playhouse. As a youth theatre director he created the award winning production of Philip Ridley's Sparkleshark at the Brighton Fringe.

A LIVING RECORD of the writers experience; of what remains of them on those few pages.

A LIVING RECORD of what the actors are able to achieve; of what it costs them to achieve it

Theatre shouldn't be a gallery to sit and admire finished pictures.

Because whether you howl, scream, laugh, or run scared, the fingerprint leaves it’s mark.

Playwright. Theatre Director. Opera Director. Teacher. Revolutionary. Drinker. Eater. All the good stuff.
Writes to rattle the bones with a smile and a good time.
Born in the Netherlands, forged in the fires of Suffolk amongst cows. Explored his art in Poland and Egham. Co-runs an opera company making new work. Trained as an actor and a lover, both in Guildford.
Playwriting/producing collabs with Living Record: ‘Re-views’ of classics including Chekhov’s Three Sisters and Strindberg’s Creditors as well as own plays Reunion and Echoes, all directed by Ross Drury with performances in London and Edinburgh then back again.
Wrote a new promenade/immersive version of Hamlet, ‘Roseline’ for Pulsarts that premiered in Milan, directed by Ross Drury
Inspired by the small moments, driven by the ever-changing and the elusive. Time is the great moderator, the hero and the Bond villain. Finds inspiration in the hidden and the unknowingly sacred. Creator of myths. Sceptic.
Sometimes talks cobblers.
www.neilsmith.org

Trained as an actor at The International School of Screen Acting in 3mills Studios. It is here where through extracurricular activities the passion for writing and directing was born. Heading down the path of creation and imagination.

Since graduating in 2012 working for various youth companies in the south east. Helping to write and develop plays for teenagers and young adults, that challenge, entertain and give a large cast equal opportunities.

First play/commission ‘Youth’ was a success in the Brighton Fringe festival. A story crossing 100 years with 28 actors. Every character relevant, every story vital to the play. Showing young students the struggles of Youth through the decades and the challenges they had to overcome.

Inspired by life to create plays that intertwine through character story arcs. Exploring all genres, eras and breed of person. Exaggerating the past, challenging the present and allowing imaginations to run wild in the future. Writing in whatever the direction the mind decides to go and inspiration takes.

Spun Glass Theatre are a theatre production company who create partnerships with independent artists and companies to combine their signature ethos of artist-led audience development, fundraising and project management with each artist's vision and form, creating more space for great art to be made